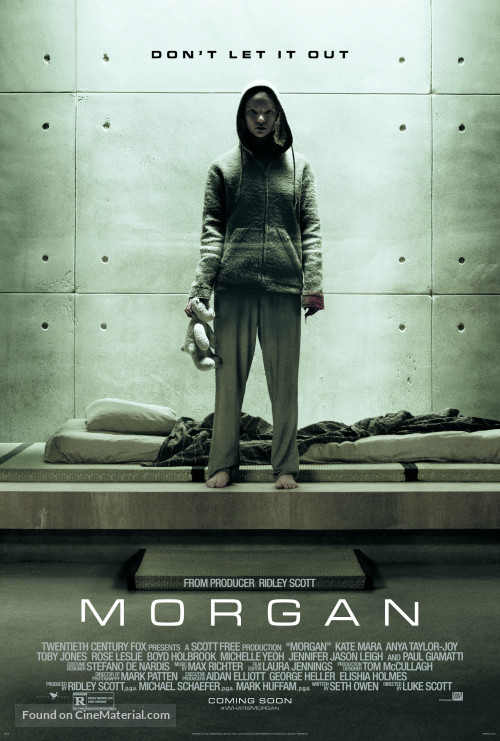 Something of a cross between 2009’s “Splice” and 2011’s “Hanna,” “Morgan” is part of a breed of genre movies that has several notable flaws, but remains perfectly watchable (if unmemorable). The script has several issues and there’s a twist that’s telegraphed almost from the get-go, but the cast (which includes Kate Mara, Jennifer Jason Leigh and Toby Jones) is solid, and the movie has a sleek, arresting visual look and a short running time, making it a serviceable diversion. Just don’t expect much and you’ll enjoy yourself just fine.