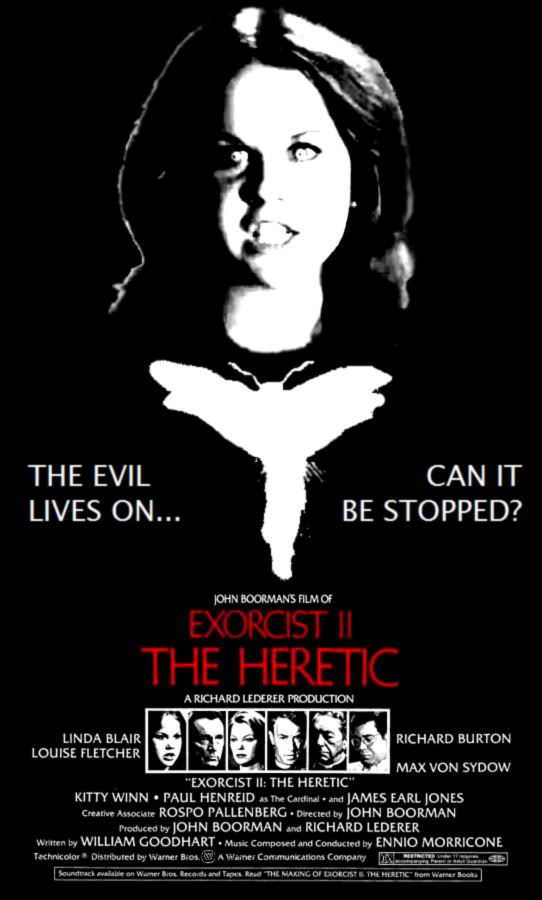 From beginning to end, this is garbage: Poorly written, badly acted, boring and all-around stupid. There’s very little horror content at all to be seen, which is in stark contrast to the original’s gut-punch shock effects, replaced here by endless scenes of locusts flying into the camera and silly-sounding African chanting substituting for an actual score. John Boorman’s direction is surprisingly languid and beautiful, defined by its dream-like pans and some gorgeous cinematography, but the movie is edited with all the finesse of a chainsaw, which halts the momentum and confuses the narrative. Add to this an interminable running length, some truly stupid elements and a weak acting trio consisting of Linda Blair (reprising her role as though she were in a high school production), a befuddled Richard Burton, and Louise Fletcher (who doesn’t seem to be acting in the same movie), and you end up with one of the worst big-budget sequels ever made.