Somewhere between a flippant comedy and a nerve-shredding thriller, Matt Spicer’s “Ingrid Goes West” is surely one of the strongest movies to tackle the impact of social media on millenials, born after the proliferation of the Internet and subsequently instinctively versed in online literacy. Creating false personas or projecting one’s imagined best life has become a recurring habit for this generation, and here we see Aubrey Plaza’s titular Ingrid finding herself swallowed up by the imagined over the real, and how the intersection between those two mutually exclusive extremities is destined for collision. With terrific assist from the always-welcome Elizabeth Olsen (who subverts her own natural charm in favor of the narrative here, and is pitch perfect for the role) and newcomer O’Shea Jackson Jr, Spicer manages to create an arresting, deeply sad comedy-drama about loneliness and low self-esteem. It’s unlike anything you’ve seen before, and should be required viewing in high schools. 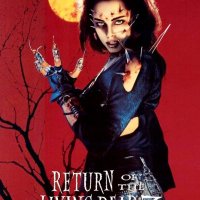