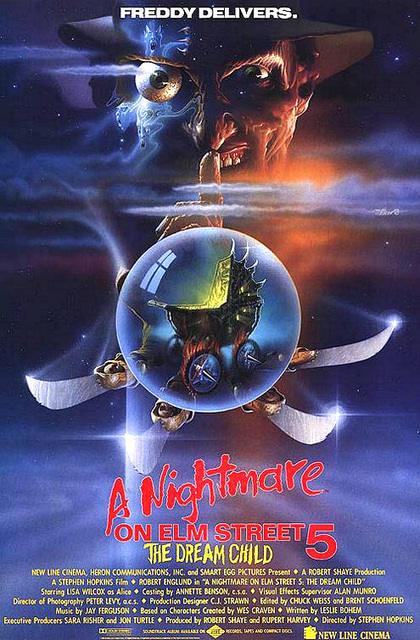 Another strong entry in the long-running slasher series. Director Stephen Hopkins has an obvious reverence for graphic novels and Gothic iconography, and blends the two here along with the established Freddy Krueger universe, resulting in one of the most visually striking entries in the series. The focus here is less on the death scenes and more on mood and atmosphere, and while it’s hit-or-miss for horror fans I find it fascinating: It forces the narrative to concentrate on its characters (all of whom are well cast), while Hopkins manages to make Freddy a malevolent threat again. In some ways this doesn’t quite feel like a traditional Freddy Krueger movie, but that willingness to mess with the formula makes for an interesting entry that keeps the audience on its toes.