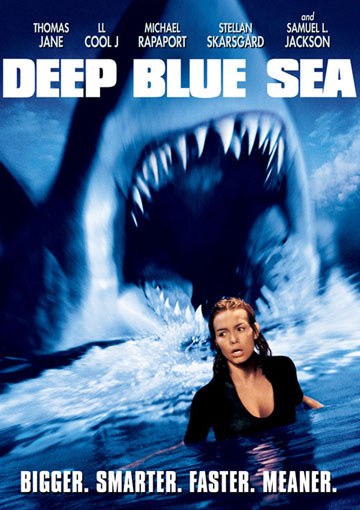 If anyone can take a cheesy concept movie, populate it with first-rate character actors, and deliver a gloriously trashy big-studio genre offering that’s never anything less than fun, it’s Renny Harlin. The director of “Die Hard 2,” “The Long Kiss Goodnight” and “Cutthroat Island” is in his element here, following ragtag characters as they attempt to escape an aquatic facility overrun with hyper-intelligent, genetically-altered sharks, throwing everything but the kitchen sink at them along the way. The characters are likable and the score is terrific, while the movie is filled with stand-out moments (like the first attack scene at the facility, which ushers in a tense, thrilling fifteen-minute sequence involving helicopters and “Poseidon”-style grandiosity), and though the shark effects haven’t aged well, it doesn’t really matter. This is a lot of fun, and genre fans will love it.