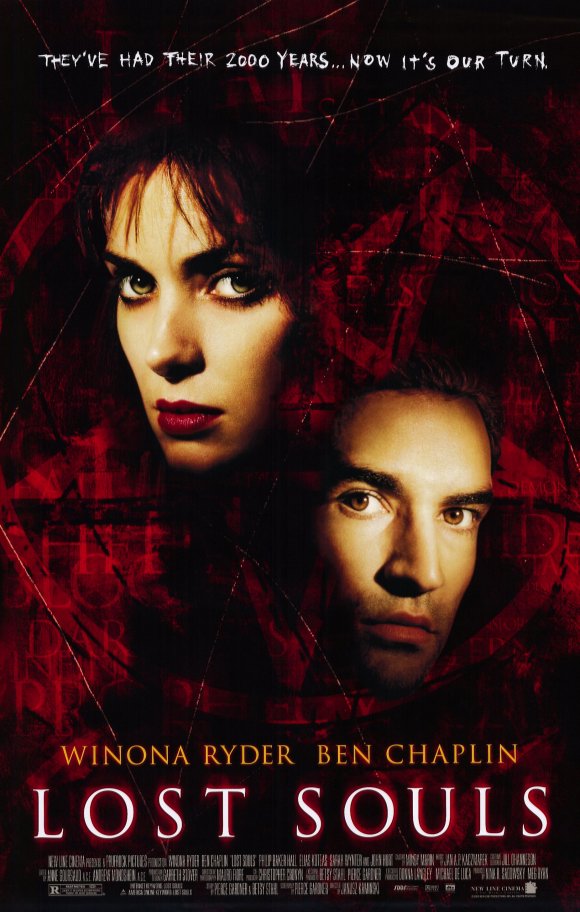 Despite Janusz Kaminski’s striking direction, breathtaking cinematography and an effectively ominous tone, there’s something about “Lost Souls” that feels a bit off from the beginning. Maybe it’s that the characters aren’t particularly likable or well-developed, or that there are sequences here and there (like the bathroom and diner scenes, for example) that appear out of nowhere and seem to belong in a different movie altogether. It’s a bizarrely sedate studio picture, like it’s meant to be watched from behind a novocain-like numbness, and while leads Winona Ryder and Ben Chaplin try their best to rise above the bland screenplay, there’s just nothing here for either one to sink their teeth into. However, I’d venture to say it’s worth a shot for fans of visually audacious cinema: Kaminski’s camera is frenetic and languid at once, and there’s some downright striking shots that occasionally command the audience’s attention. The ending is somehow underwhelming and satisfying at the same time, which is somehow perfect for this flawed-but-memorable effort.