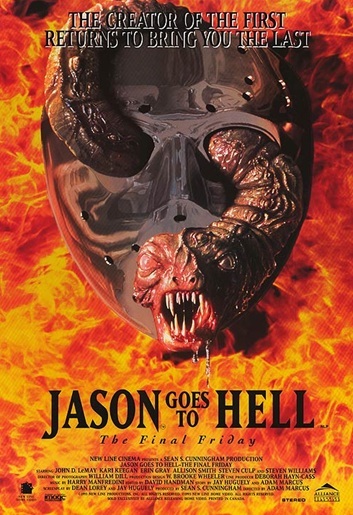 Although it’s largely reviled among “Friday the 13th” fans and horror fans in general, I have an appreciation for this eighth sequel. Most fans are incensed at the noticeable lack of Jason action here, but frankly I thought it was an interesting twist – that Jason’s evil travels from person to person, not unlike a curse or a virus, and the result is a “Friday the 13th” movie that doesn’t seem to exist in the same universe (which is highlighted by the franchise’s move from Paramount Pictures to New Line Cinema with this entry). Nevertheless, this is pretty solid stuff here – the acting is pretty good, which is surprising for a pre-“Scream” 90s slasher, the direction is ominous, the tone is oppressive and the kills are remarkably gruesome. It’s clear the makeup effect team had fun coming up with ways to mangle and dismember the human body, and director Adam Marcus knows not to linger too long on the carnage, all of which leads to several abrupt, jarring kill scenes that easily rank as some of the series best. Maybe someday “Jason Goes to Hell” will get more appreciation as times goes on, but me, I thought it was ballsy and satisfying.