I have a suspicion that this science-fiction classic would play a lot better had I not seen David Cronenberg’s visceral 1986 remake before. As it is, I found it on the slow side, but I’m fully aware that my familiarity with its concept that spoiled it a bit. That being said, I think the acting makes it work: Al Hedison is charming and believable throughout the proceedings, and he’s well-matched by Patricia Owens as his increasingly distressed wife. There are some terrific scenes here and there, and the movie’s use of color is striking, but in the end it was a bit underwhelming. 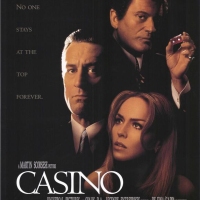