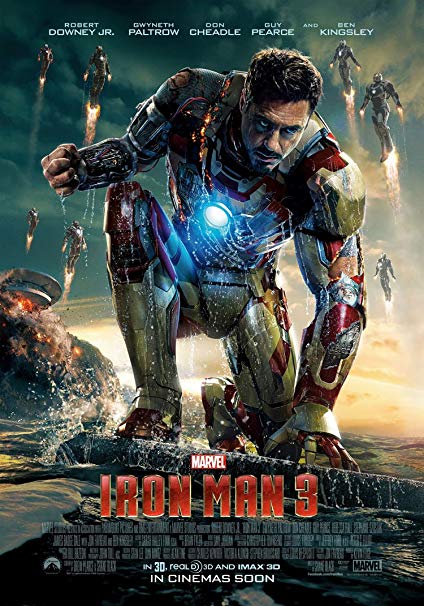 I’m not sure what it is, but there’s something missing from “Iron Man 3.” Maybe it’s that Robert Downey Jr’s Tony Stark barely seems like himself here, with his aggressive charms muted for the most part to make room for the overstuffed-yet-underwhelming plot. There’s also the perpetual problem of Gwyneth Paltrow’s Pepper Potts, who doesn’t seem like the same character here, with Paltrow’s performance changing gears from scene to scene with no cohesion or narrative arc. But the biggest problem seems to be the weak villainous threat, with Guy Peace making a negligible villain and a wasted Ben Kingsley left to wander aimlessly in a sitcom-grade secondary plot that’s poorly deployed. The special effects are surprisingly underwhelming for the most part, which is especially glaring in the never-ending climax. It’s not bad per se, it’s just not that great, and is missing the formulaic-but-effective Marvel charm that’s propelled a number of weak storylines past the finish line so far.