This sequel to 2015’s “Ant-Man” is no better or worse than its predecessor. It’s got the same lightness and casual charm that propelled the first film, and once again, much of the movie’s success relies on the charm of its cast. Paul Rudd is, of course, entertaining and endearing in every scene he’s in, and there’s wonderful support from Michael Douglas, Michael Pena and a welcome Michelle Pfeiffer. Unlike a lot of Marvel entries, this one benefits from a strong villain in Hannah John-Kamen, and the movie doesn’t spend too much time on her, which allows the narrative to move forward with pleasing lightness. The story is rather muddled but the plot moves fast, and the two-hour running time is over before you know it, which is a welcome reprieve from a great deal of Marvel movies that double-down on their portentousness and pad out the running time. Ultimately, this isn’t going to convince Marvel haters that these movies are worth their time, but it’s a pleasant enough diversion that fills the gap between the “Avengers” movies quite nicely. 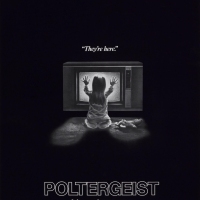