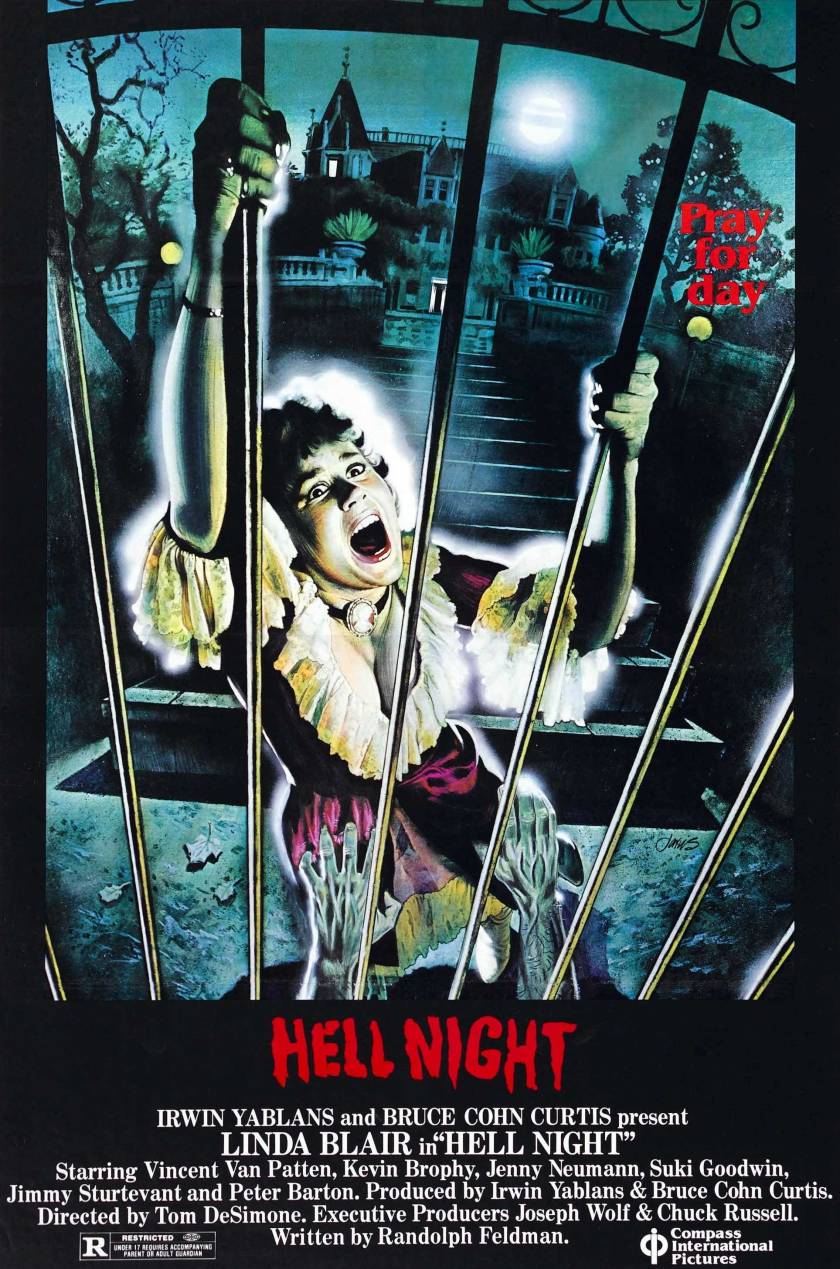 “Hell Night” is the type of 1980s slasher that would benefit tremendously from a judicious editing job. As it is, it’s about twenty minutes too long, which is a shame because it mars what might have been a cut above the fray. There’s enough effective atmosphere courtesy of the setting, which is pure horror catnip: An abandoned, allegedly haunted mansion filled with horny pretty people not paying attention to the growing menace surrounding them. Linda Blair is engaging as usual in the lead role, thanks largely to an innate charm and distinctive screen presence, and her budding onscreen romance with Peter Barton is intriguing (given that there’s a bit of a gender swap, with Blair as the alpha and the wide-eyed Barton hemming closely to damsel-in-distress territory). But there’s so much dead time (no pun intended) between some occasionally effective stalking scenes that the pace is thrown off, and getting to the finish line starts to become laborious. Overall the movie’s not particularly good nor particularly bad, it’s just kind of there, which is a shame because there’s lots of potential squandered by the padded running time.