Daisy von Scherler Mayer’s indie hit hasn’t aged particularly well, which was a disappointment when I sat down to re-watch it for the first time since high school. In the 1990s I thought this was one of the coolest movies around, a sort of street version of “Clueless” thanks to its ditzy energy and ironic style-over-substance flippancy, not to mention Parker Posey’s tart tongue and acid-cool aloofness in her breakout role. The downtown New York City streets of the 1990s also play an important role here, stamping the film with a distinct pre-9/11 vibe that gives the movie a compelling suspended air, like a time capsule. However, time has not been kind to the narrative, which suffers from a number of awkward transitions and editing snafus, and as a result the plot is occasionally difficult to follow despite its relative simplicity. There’s a clear broadcast-television sitcom vibe to the whole project, made up as it is of loosely-related episodic adventures with the charismatic leading lady surrounded by a variety of colorful supporting characters, but the main story doesn’t come together. There’s enough to warrant a watch for indie fans, but “Party Girl” is practically begging for an after-the-fact re-edit to improve its pace and tighten its main story. 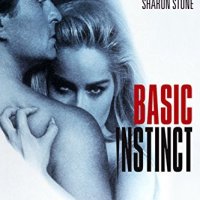