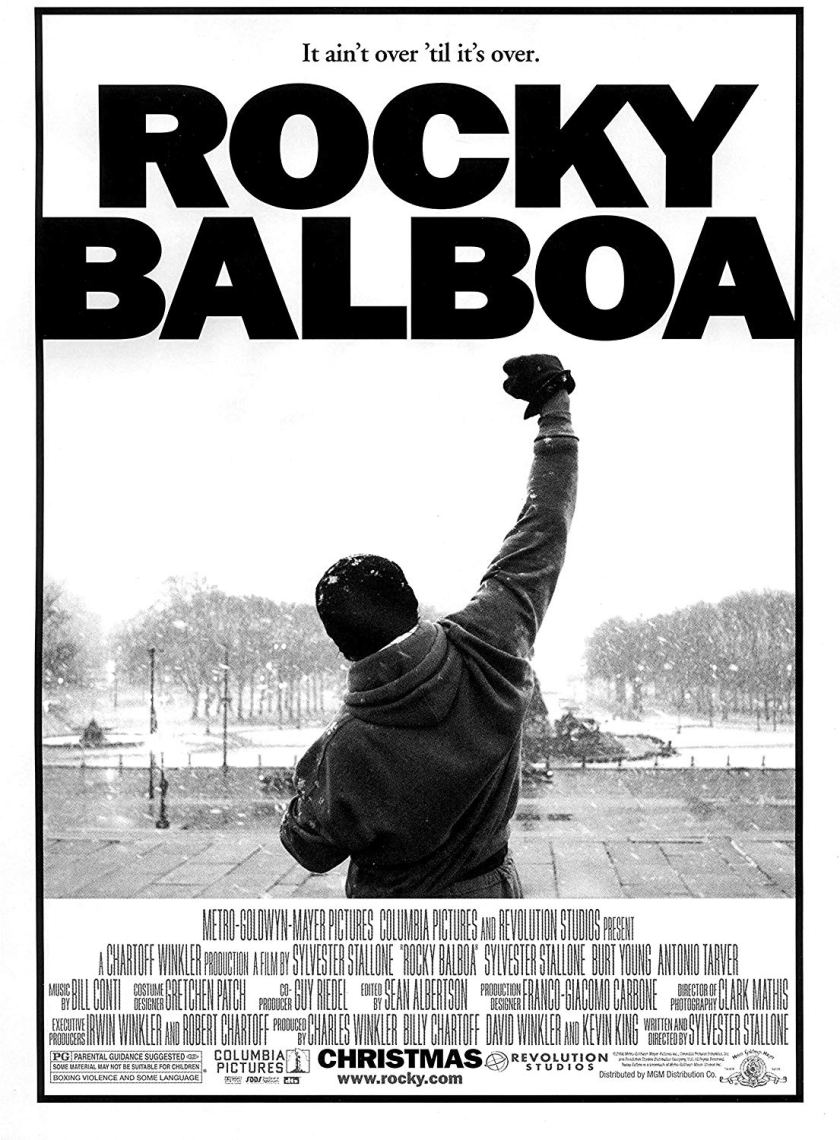 The fifth (!) sequel to 1976’s classic “Rocky” is pitched as a return to form, which has its ups and downs as a narrative approach, as we see here. On the one hand, the quiet, sensitive core of the first few films is back, the tone is noticeably serene, and it’s nice to see the original spirit return after increasingly forgettable, formulaic sequels. However, as director, Sylvester Stallone makes a number of baffing choices, like an overlong, overly edited final fight with chaotic cuts that neutralize the movie’s momentum, but worst of all are his lighting choices: Just about every scene is overly lit in artificial ways that give the movie a cheap-looking, made-for-television atmosphere that’s not exactly helped by the pace, which is about as slow as molasses. It doesn’t help that opponent Antonio Tarver is rather forgettable, but it’s impossible to tell if that Tarver’s misstep or Stallone’s thin, weak screenplay, which gives Tarver little to work with. Milo Ventimiglia and Geraldine Hughes manage to rise above the superficial screenplay, and while Stallone is fine as Rocky, it feels like maybe there’s something missing. It’s a bit disappointing but it’s not a total loss, it’s just a bit of a missed opportunity.