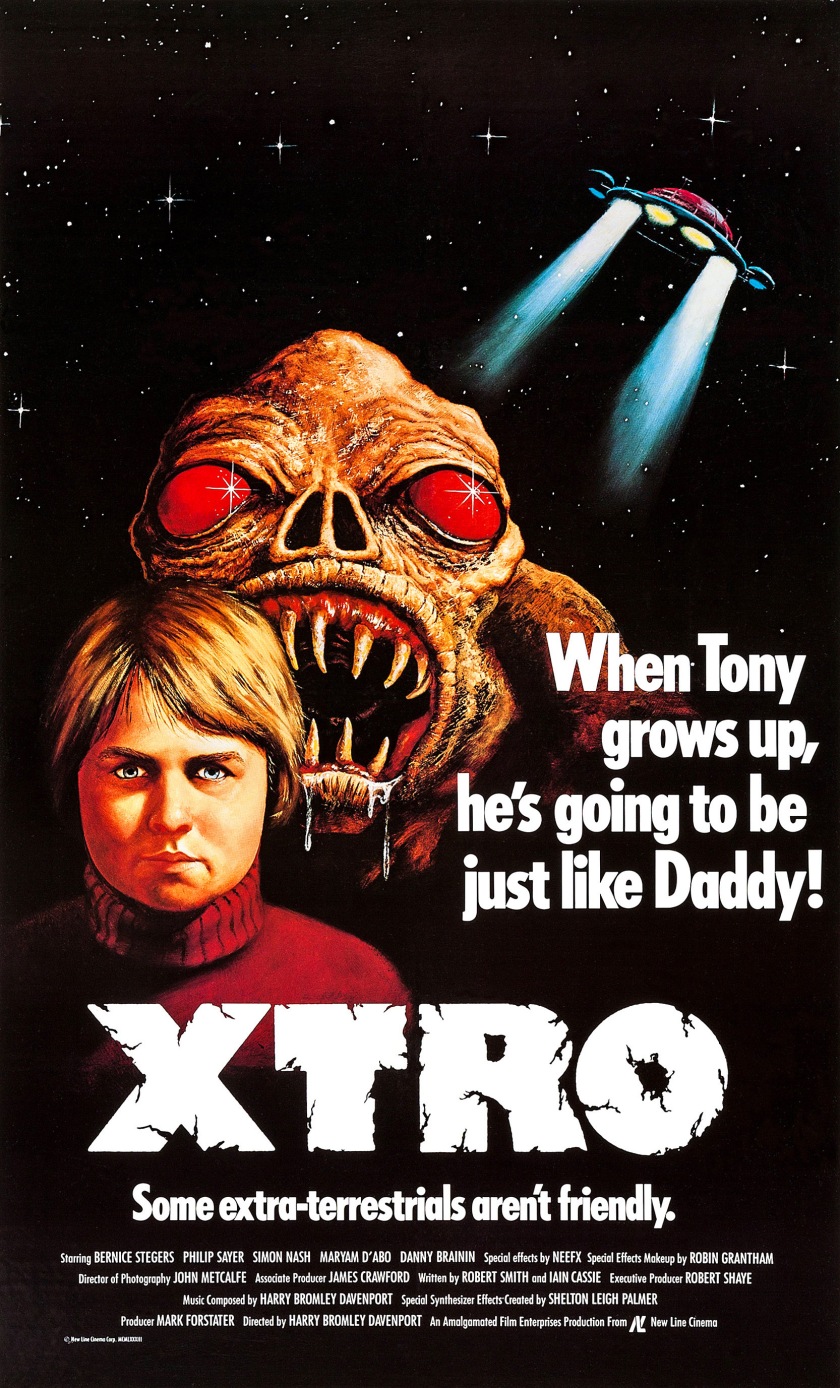 This nasty little number from the UK is one of those lesser-known yet impressively grisly and effective horror movies that littered video store shelves throughout the ’80s and ’90s, like “Eyes of a Stranger” or “From Beyond.” It’s not particularly well-edited (as a matter of fact, many of the transition scenes are abrupt to the point of distraction, and it the plot can be difficult to follow at times due to the choppy, haphazard pacing), but there’s so much imagination and atmosphere that genre fans can appreciate it for its intentions, if not its execution. The monster effects are unsettling in an H.R. Giger-lite kinda way, and while the narrative occasionally meanders, every once in a while, director Harry Bromley Davenport throws something at the audience that’s both unexpected and fascinating – like toy soldiers come to life, malevolent child-sized dolls, and even a cocoon monster with a downright fallopian extension that pre-dates the Alien Queen from James Cameron’s “Aliens,” so its core audience always has a new, icky delight to look forward to. So it’s not great but it definitely has its moments, and deserves at least one well-intended watch from horror fans.