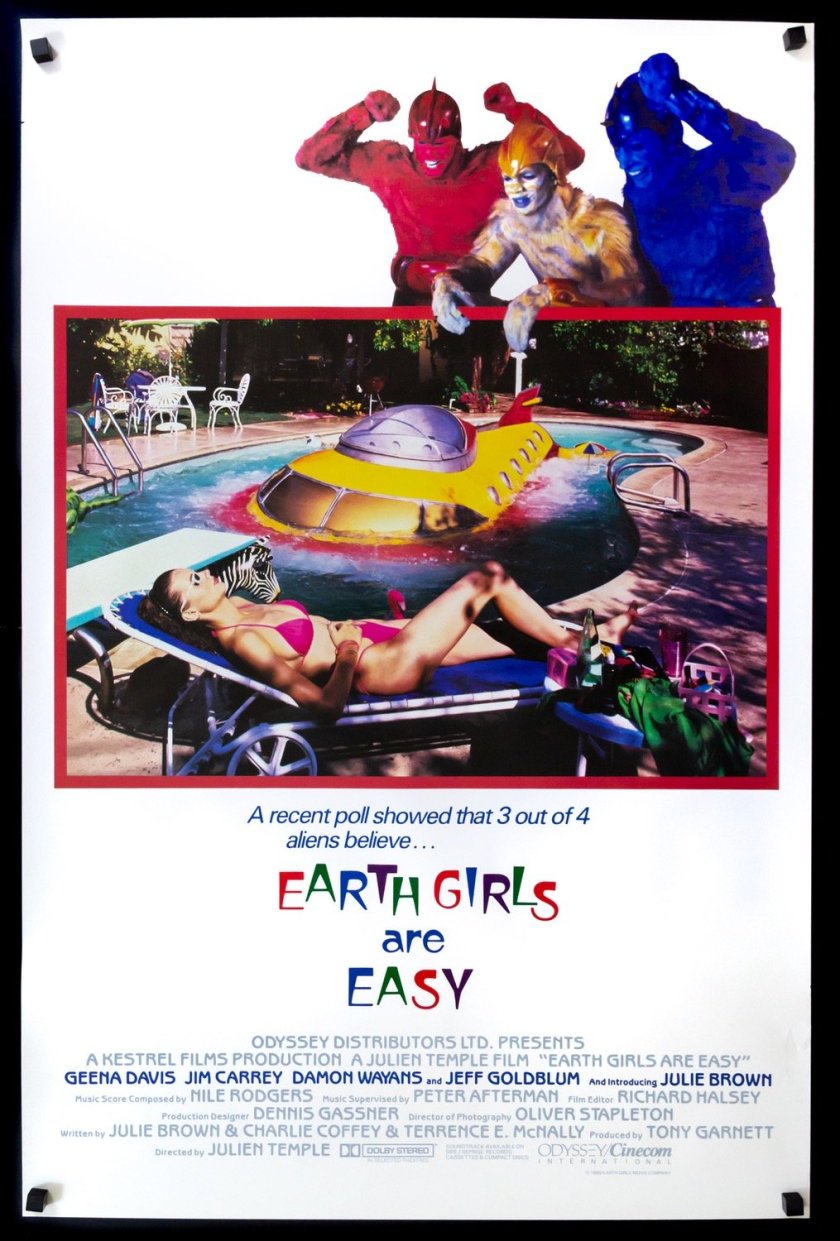 If there’s one movie that’s largely defined by how overqualified its cast is, it’s “Earth Girls Are Easy.” Just a few months before its release, lead star Geena Davis won an Oscar for “The Accidental Tourist,” and it’s hard not to wonder if she would have gone ahead with this picture had she known ahead of time she’d be an Oscar-winner by its release. Mind you, given how game Davis has always been, she very likely would have chosen to star in it anyways, which is part of what makes her such a cool leading lady. Here, she’s not really at her best though; her performance is silly and loud, but it isn’t exactly, you know, funny… and frankly, you could say that of the entire movie. It’s the type of movie where you start to understand the difference between zany and humorous, and this is primarily zany more than it is laugh-out-loud funny. There are many scenes that make you smile because they’re good natured and occasionally edgy, and the set décor and soundtrack are aggressively candy-colored in the best possible way (like it’s a parody of ’50s lonely-housewives movies), but overall it never really rises to the level it aims for. It’s the kind of ‘am I really watching this, or is this a fever dream’ experience where you almost need to blink your eyes a few times to make sure this is real, which has its appeal but can’t sustain a narrative. Jeff Goldblum, Damon Wayans and Jim Carrey seem to be having fun as the weirdly sexy aliens that crash-land in a Californian pool belonging to Davis and thereby setting the plot in motion, but their performances often border on an inside joke, like they know what they’re up to but aren’t letting the audience in on the gag. So all in all, I’d say I’m glad I saw this movie because it’s visually and tonally memorable, but it’s not something I’d watch again or actively recommend to anyone.